In the same way that humans have hearts (well, most of them anyway), cars have batteries. Without them, you’d only have a hunk of metal and plastic sitting in your driveway. Hey, maybe some people keep it as a decoration, but most will realize that it’s a sign to replace a car battery.

Your car battery isn’t just going to smack you in the face when it needs to be replaced. Instead, you have to pay attention to it and figure out what’s going on with it. Talk to it, if you need to. Just don’t be surprised if people look at you funny. Or you could sit back and ponder if it’s time to replace car battery. You have to know the signs.

As with all things, the car’s battery components will degrade over time, leading to a less than stellar performance. Unfortunately, after a certain amount of time, this will leads to it not starting at all. All that’ll happen is a clicking sound from under the hood when you turn the key.

It’s a Bit Dim in Here

The battery controls almost every electrical component in your vehicle. If your car is having trouble running even the simplest things, that’s usually a sign that your battery is about to crap out on you, or it already has. If you use a car charger for your phone, that will drain the battery even faster. Be careful. Or not. Your funeral.

One of the most annoying things about owning a car is that flipping check engine light. You can’t even figure out what’s causing it half the time! Unless you have one of those engine checkers, you’re most likely out of luck. Sometimes, the light will come on when the battery needs replaced, so get it checked.

Yes, That Smell Is Your Car

Everyone knows the lovely (putrid) aroma of rotten eggs. If you’re smelling that while in your car, that’s usually a sign of a leak. Sometimes the battery can start leaking gas, so get it changed immediately. Driving with a leaking battery can lead to even more damage down the line and much higher repair costs.

This symptom speaks for itself. Do you know how the roads of Ancient Rome are still in use thousands of years later? It’s because those things were meant to last. While car batteries to last a long time, they will wear out after a while. Old batteries might need to be jumped more, while even the young batteries might be damaged or leak when brand new.

What a Piece of Junk

Think you need to junk your vehicle? If your car has seen better days, there’s always the option of selling it to “I Buy Junk Vehicles,” where we will junk your vehicle. We take any piece of junk, running or not, and give you money for it. That’s money you can use to buy a new hunk o’ junk! 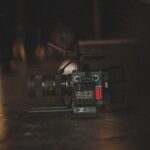