When the time comes to get a new car, one of the first things that many people think of is how much they could get in trade-in value for exchanging their old car at the dealership.

In some cases, however, the car you want to trade-in is not working, so you might ask yourself, should I trade in my nonrunning car at the dealership, or would I be better off trying to sell it in order to maximize the amount of money that I’ll get for it?

Should I Trade in My Non Running Car?

The answer to this question is, unfortunately, not as simple as it might seem at first. This is because it depends on two major factors, the severity of the damage that the car has sustained, and the dealer that you intend to bring it to for trade-in.

Most dealers prefer to have cars that they can easily resell to other customers, so if the car does not reliably run, you may have trouble getting a dealership to either accept the trade-in or give you a good value on the car.

Benefits of a Non Running Car Trade In

Trading in a nonrunning vehicle at the dealership may not give you the best bang for your buck, but it is usually the simplest option that takes the least amount of time and effort on your part.

Selling a nonrunning car either online or offline usually takes more time, since you need to find somebody who is willing to take it off your hands for a price that you feel is worth your time and effort.

Cost of a Non Running Car Trade In

Going to a dealership and trading in your car that doesn’t run properly may be the simpler option, but since dealers are in the business of reselling working cars on the used cars market, they aren’t nearly as interested in cars that don’t run.

In some cases, it may be a relatively simple fix that would make the car run reliably again, but dealerships must account for the worst-case scenario, where they have to total the car and indian free dating site totally free. This will almost always result in you getting less for your trade-in than you would be able to get elsewhere.

In the end the decision of whether or not to trade in or to sell a non working car is up to you, the vehicle owner. Only you can decide if you are willing to put in the time necessary to find someone willing to buy the car for more than the dealer would be willing to offer.

You are quite likely to get more money for the vehicle by selling it to somebody else, such as a business that specializes in reworking broken down cars, or perhaps an individual who enjoys restoring cars in their downtime. The other option is to opt for the quick resolution and take what you can get from the dealer in exchange for not having to deal with the car anymore.

If you need to sell your junk vehicle, what are examples of absolute dating at IBJV today! 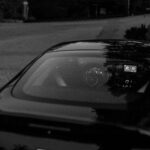