In 2019, more than 2.3 million Toyotas motor vehicles were sold in the US. Since 1958, millions and millions of Toyotas have found their way onto American roads, partly due to their value, quality, and durable and long-lived nature. But even the best-maintained Toyota may eventually end up at the junkyard, a fact that leads to this question: Just how long will your Toyota last?

Japanese carmaker Toyota has long ranked among the best when it comes to vehicle reliability. Consumer Reports, for example, rates many Toyota models at the highest or near-highest levels when it comes to reliability, as has been the case for decades now. Toyota also seems obsessed with making vehicles that are very reliable and emphasizing their proper maintenance by dealers and consumers.

Today’s motor vehicle engines are the wonders of modern manufacturing. They’re built to extreme tolerances and engineered to run for years. If well-maintained, getting a decade — or even 15 to 20 years and 250,000 to 300,000 miles — of reliable service out of your Toyota is possible. This engine reliability factor could also help make your Toyota worth well above average when selling it on the used car market.

Stories abound about car and truck owners getting a half-million miles or more out of their vehicle. However, it’s important to remember that without consistent and conscientious maintenance, no car will run for long, even a Toyota. Also, how you hard or roughly you drive can determine when it may be time to junk a Toyota.

Unfortunately, there’s always a maintenance breakpoint in any motor vehicle’s life. Sometimes, it makes more economic sense to junk an old or beat-up car or truck than to keep repairing it. Eventually, expensive repairs will make your Toyota worth less than the cost to replace it, including head gasket replacement ($3,302 in 2021 dollars), fuel and water pump replacements (up to $2,103), and catalytic converter replacement at up to $1,506 for 2021.

It’s a fact that if you put enough miles on any vehicle, it’s going to wear out and be far more costly to repair than you’d like to spend. Plus, even a Toyota won’t fetch very much as a used car once it wears down, meaning it would be more logical to junk it than to sell it. If the time has finally come to junk a Toyota, consult contact us at BJV today to ensure you get top dollar when selling it to them. 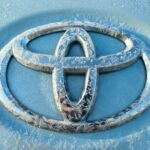