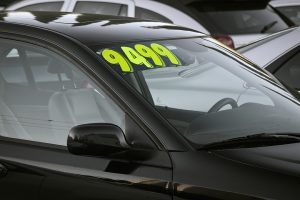 On average, Americans keep their cars for six or seven years, and according to a survey by USA Today, more than three-fourths of car owners plan to keep their cars for 10 years or more. Before the recession of 2008, people kept their cars for an average of four to five years. While some of this is due to changes in the economy, some of it is also due to cars being built to last longer.

This car ushered in the hybrid car movement in Japan in 1997 and in the rest of the world (including the United States) in 2000. The Prius has an unbelievable high miles-per-gallon average at 52 mpg (the average mpg for a car of this size is 26 mpg). It’s also rated by the EPA as one of the cleanest vehicles in the U.S. Not only that, but it has a fairly roomy interior and trunk. Fortunately, this car still lands under the $10,000 mark, which might be one of the reasons that 6.1 million of these cars have been sold around the world.

The Accord is a larger car, which makes it more of a family car. It’s been around since 1976 and has been one of the most-sold used cars in the United States since 1989. It has a high reliability rating and comes in several variations—4-cylinders, V6s, and hybrids. With its comfortable seats and higher-than-average fuel economy, it’s no wonder this car is an American favorite.

The Ford Focus might not be the best-looking car on the market, but it carries on the Ford legacy with its strong engine, pleasant driving experience, and excellent fuel economy. The 2008 edition won notice with a revolutionary voice-activated infotainment system, the Ford SYNC, which is like Siri for cars. Another attractive feature is its price—the 2008 Focus sells for under $7,000.

For those who absolutely must have a sports car, but don’t have a huge budget, the Miata offers a sweet ride at a lower price. Granted, the seating is a bit cramped and the trunk isn’t going to hold much, but you’ll be able to put the top down and enjoy a thrilling ride. The Miata offers easy handling and more-than-enough power, and it looks pretty cute too. It’s become the best-selling convertible two-seater sports car of all time.

Getting a reliable used car doesn’t mean that you have to settle for low quality or high prices. Consider one of these American favorites or browse some websites that sell used cars to find out which car you might like to own next. 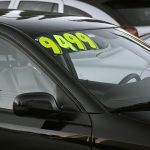