Whether you are selling a used car privately in Texas or among many car buyers in Houston Texas, you should be aware of the following considerations people may employ when shopping for a used car.

Granted it is not a brand new car, and it won’t have the signature new car smell. But the floor should not look like a movie theater after everyone has left. The dust shouldn’t be so obvious that clouds emerge when a person sits down.

Those are just interior considerations. The exterior should look like it has seen the inside of a car wash in the past decade. A little waxy sheen wouldn’t hurt also.

If you are selling a used car privately in Texas and it has a lot of miles, that’s okay. Be honest about it. Hopefully, it does not look as though it has been in a demolition derby. Some people prefer a car with more mileage provided it has been cared for.

(3) What are the conditions of the major parts?

Car buyers in Houston Texas may ask you this pointed question. If you have replaced the tires, alternator, brakes, or muffler, it would be helpful to have the paperwork showing when and where the work was done.

Buyers have to take a leap of faith in used car transactions so the more paperwork you have, the better they will feel.

People sometimes want to know this information because it can imply there is something inherently wrong with the vehicle if it’s been passed around like a hot potato every couple of years.

If they watch too many crime shows, a lot of owners may be a red flag that something bad happened in the car, or that the car was stolen at some point. Fewer owners tend to reassure the buyer.

Again, documentation helps here. In some states, the potential buyer can use the vehicle identification number (VIN) to find out the car’s sordid history or to verify that the seller is being upfront with them.

(5) Has the car ever been involved in an accident?

The potential buyer may want to know if the car has been in a collision and what parts had to be repaired as a result. The specifics of the collision and who was at fault are immaterial so once again, the truth will set you (and potentially your used vehicle) free to a new owner. 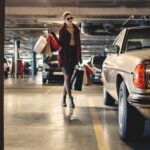