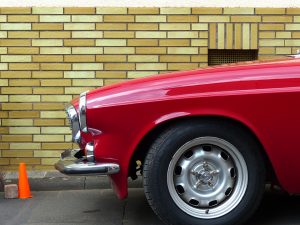 Most of us look at our car as the set of wheels that gets us from Point A to Point B. But for some, car ownership takes on a whole other meaning. Several car aficionados have managed to make their cars last way past the one-million-mile mark (the equivalent of 40 trips around the world). For those of us who congratulate ourselves for making it past the 150,000-mile mark, these stories are truly awe-inspiring.

In 2014, Irv Gordon made the Guinness World Record with the highest mileage ever recorded: three million miles! He is the proud owner of a 1966 Volvo P1800 that he’s owned since the year of its birth. He and Volvo have traveled all over the United States together. Gordon’s secret? He follows the car manual meticulously, only uses genuine Volvo parts, and gets it serviced and washed on schedule. It still has the original engine, which he’s rebuilt twice. His most important advice: “When your car makes a funny noise, listen to it.”

Gregorios Sachinidis is a Greek taxi driver who bought a 1976 Mercedes Benz 240D in 1981 when it had 220,000 miles. He drove it for his tax business until July 2004, when it had reached 2,858,307 miles. He didn’t dispose of it in the traditional manner—he donated it to the Mercedes-Benz Museum in Germany where it now resides in a prestigious retirement. Mercedes-Benz gifted him with a C200 CDI in return.

Volvo made it on this list a second time, this time with a 1979 Volvo 245 GL driven by S.E. Makinen, a Finnish logistics operation. Not much else is known about this car, except that a manager at the company said it “had been driven with care”. Obviously.

Joseph Vaillancourt, another taxi driver, this time in Quebec, drove his 1963 Plymouth Fury past the 1.5-million-mile mark. Some of the credit to his success goes to his car care regimen. He changed the oil every week, washed the car every day, and removed the doors every spring to dry it out. Sadly, he just missed the 1999 Guinness World Record by several hundred miles when the Fury was struck by a truck that was running a red light. He was unharmed. An actor by the name of Michel Barette purchased the totaled car for $10,000 and spent $20,000 to restore it. He kept the interior original so people could see what it looked like after 800,000 people had ridden in it.

You may not make it to three million miles like Irv Gordon, but if your car starts getting up there in mileage (150 to 200,000 miles for most of us), it may be time to think about exchanging it for a new one. Because, face it, most of us aren’t very good about following the car manual or washing the car every day or even getting the oil changed when we should. And we usually call it quits when the engine goes bust. Thankfully, we can sell a junk car for a nice penny (if not top dollar) and put a little cash toward the next one. 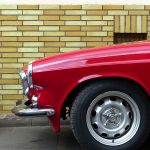